This pub details a process for phage amplification and concentration, DNA extraction, and HPLC and MS analysis of phage nucleosides. We optimized the approach with model phages known to use non-canonical nucleosides in their DNA, but plan to apply it for other phages.
Adair Borges, Atanas Radkov, and Peter S. Thuy-Boun
A workflow to isolate phage DNA and identify nucleosides by HPLC and mass spectrometry
·

DNA extraction, high performance liquid chromatography (HPLC) analysis and mass spectrometry (MS) are bread-and-butter techniques for the chemical analysis of nucleic acids. We optimized this set of protocols to enable such analysis for phage genomes with modified nucleosides, and ultimately hope to use it to discover new DNA modifications from bacteriophages that we isolate from microbial communities.

We’re sharing our detailed protocols to help others tackling similar problems. This pub may be useful to anyone studying phage nucleic acids or searching for novel DNA chemistries.

Watch a video tutorial on making a PubPub account and commenting. Please feel free to add line-by-line comments anywhere within this text, provide overall feedback by commenting in the box at the bottom of the page, or use the URL for this page in a tweet about this work. Please make all feedback public so other readers can benefit from the discussion.

Bacteriophages (or phages) are the viruses that infect bacteria. Some phages use DNA modifications to protect their genome from degradation by bacterial immune systems [1][2][3][4][5]. At Arcadia, we are broadly exploring the distribution and diversity of phage nucleic acid chemistries. One way to do this is to isolate phages from microbial communities and screen them for non-standard DNA chemistries. To do this, we needed a set of protocols that would allow us to quickly determine if a phage we’ve isolated uses a non-standard nucleoside.

In this pub, we share techniques for chemical analysis of modified phage DNA. We optimized these protocols using two phages with well-studied DNA modifications: phage T4, which has modified cytosines with glucosyl-methyl moieties [6][7], and phage SPO1, which has replaced thymine with hydroxy-methyl uracil [8][9]. In future experiments, we will use these protocols to characterize nucleic acids from new phages that we isolate.

The phage community developed and routinely uses the approaches that we describe here [2]. We’re sharing our implementation of these existing methods as part of a straightforward workflow, optimized around detecting modified phage nucleosides. We will apply this approach to perform chemical analysis of uncharacterized phage genomes in future work.

We are sharing a collection of five protocols (view them all on protocols.io or click below to jump to the corresponding pub section):

These methods should be applicable to any laboratory-cultivated phage that can be grown to sufficiently high concentration to enable successful nucleic acid extraction.

The following is a high-level overview of our approach, also visually summarized in Figure 1. You can view detailed, step-by-step protocols in this collection on protocols.io.

Starting with a pure culture of phage, these protocols detail phage amplification, concentration, DNA extraction, nucleoside digestion, and chemical analysis of phage nucleosides with HPLC LC–MS/MS. We optimized these steps using model dsDNA phages with known genome modifications. Phage T4 infects Escherichia coli and has modified cytosines with glucosyl-methyl moieties [6][7]. Phage SPO1 infects Bacillus subtilis and has replaced thymine with hydroxy-methyl uracil [8][9]. These phages and their hosts are easy to work with, and have well-characterized nucleic acid chemistries. This makes them an ideal starting point for researchers looking to establish methods to study phage nucleic acid chemistry.

Below, we detail our protocols and results from analyzing phage T4 and SPO1 genomes. While we developed the protocols using these model lytic dsDNA phages, we anticipate that they can be tweaked to enable chemical analysis of phages that have different growth conditions or ssDNA or RNA genomes.

This approach to phage genome analysis begins with amplifying the phage to a high titer. Both T4 and SPO1 are lytic phages that grow well in liquid culture, and so we chose to amplify the phage in 30 mL of broth media. We supplemented the media with 1 mM MgSO4 and 1 mM CaCl2 to enhance phage adsorption. This worked well for our model phages — in 30 mL, we obtained a concentration of 1010 PFU/mL for T4 and 109 PFU/mL for SPO1.

We anticipate that in the future, some of our newly isolated phages may need to be propagated using slightly different techniques. Temperate phages should be amplified using the double-agar overlay method [10], and some large diffusion-limited phages may benefit from using in-gel techniques [11]. Also, the identities and levels of cations may need to be adjusted depending on the individual biology of the phage.

After amplification, we concentrated the 30 mL of phage lysate down to 300 µL for DNA extraction. To concentrate the phage, we found that both PEG precipitation and filtration-based concentration worked well. PEG precipitation requires less hands-on time, but is overall longer as it requires an overnight incubation step. We also suspect that individual phages will be differentially sensitive to these concentration methods, so one should select a concentration protocol that works best for their phage of interest.

TRY IT: The full protocol, “Phage amplification and concentration,” is available on protocols.io (DOI: 10.17504/protocols.io.yxmvmnb86g3p/v1).

After amplification and concentration, the phages are ready for DNA extraction. Initially, we chose to use the NEB Monarch kit to extract high-molecular-weight (HMW) DNA. While any approach that can harvest high-purity phage DNA would be appropriate here, we chose a method that would generate HMW DNA compatible with long-read Nanopore sequencing. We started with the Monarch kit because it can be performed on a benchtop.

Using the Monarch kit, we obtained high concentrations of high-purity T4 and SPO1 DNA. We used a Nanodrop spectrophotometer to quickly check the concentration and purity, and downstream chemical analyses (HPLC and LC–MS/MS) also confirmed the purity of the DNA (Table 1). Note that SPO1 has a high 260/280 ratio: this is because it contains uracil, and thus has an “RNA-like” 260/280 value.

TRY IT: The full protocol, “Phage DNA extraction with Monarch kit and digestion to single nucleosides,” is available on protocols.io (DOI: 10.17504/protocols.io.3byl4j2p8lo5/v1).

After DNA isolation, we digested 1 µg of DNA from each phage sample down to single nucleosides using the NEB Nucleoside Digestion Mix. We chose this kit because it is directly compatible with HPLC and LC-MS/MS.

TRY IT: The full protocol, “Phage DNA extraction with phenol-chloroform and digestion to single nucleosides,” is available on protocols.io (DOI: 10.17504/protocols.io.8epv5jrxnl1b/v1).

Once the DNA is broken down into single nucleosides, those nucleosides can be analyzed using HPLC. We developed a 30-minute binary gradient using a reverse-phase column, which provided great peak resolution (Figure 2). In addition, we developed a short 10-minute isocratic gradient that we may use for higher-throughput analysis of nucleosides.

Some nucleoside modifications are easy to spot visually by looking at A260 absorbance plotted over time. T4 phage has two small peaks that correspond to alpha and beta glucosylmethyl deoxycytidine, and is missing a canonical deoxycytidine peak (Figure 2, B). Similarly, SPO1 is obviously missing a thymidine peak, and instead has a new peak that corresponds to hydroxymethyl deoxyuridine (Figure 2, C). However, the difference in retention time between the deoxyuridine standard and the hydroxymethyl deoxyuridine peak in SPO1 is very small, and easily missed. We interpret this to mean that HPLC analysis is good for quickly flagging large-scale changes to nucleic acid composition, but less sensitive to other changes.

LC–MS/MS is our most sensitive tool for analyzing nucleosides. We analyzed nucleosides derived from 500 ng of DNA, digested with the NEB Nucleoside Digestion Mix. This kit is directly compatible with LC–MS/MS. In our LC–MS/MS run, we first separated nucleosides using a binary solvent gradient on a C18 column. This gradient is not optimized, but generated usable data and works as a starting point for further optimization. We acquired data in positive mode with an MS1 scan targeting ions in the 200–800 m/z range, and followed each MS1 scan with seven data-dependent MS2 scans.

We manually inspected mass spectrometry data and noticed a consistent pattern of −116 m/z differences between probable nucleoside precursor ions and their most prominent fragmentation product ions, suggesting a pattern of deoxyribose neutral mass loss during fragmentation (Figure 3). Based on this pattern, we wrote Python scripts in Jupyter notebooks to automate nucleoside identification within our accurate mass high-resolution dataset.

Taking advantage of this consistent fragmentation pattern for nucleosides, we identified ions that corresponded to the nucleosides known to be in phage T4 and SPO1 (Figure 4). We also identified an ion in the T4 sample that corresponds to methylated deoxyadenosine, which the HPLC analysis missed, highlighting the increased sensitivity of LC–MS/MS (Figure 4). This methylation mark was likely added by the E. coli strain B Dam methylase [12], which methylates adenine at GATC motifs [13].

All code generated and used for the pub is available in this GitHub repository (DOI: 10.5281/zenodo.7447542), including a Jupyter notebook to find nucleosides in mass spec data; mass lists for nucleosides, charged adducts, and neutral adducts; and outputs.

We developed this set of protocols using phages with known genome modifications, and we are now using it to analyze the DNA of phages that we are isolating in-house. We are also using the LC–MS/MS assay to analyze DNA extracted from microbial communities and viromes to see if we can detect nucleoside modification without first individually isolating bacteriophages. Finally, we are working towards complementing these chemical methods with Nanopore-based modification discovery to directly link phage genome sequences to their chemical composition [14].

Watch a video tutorial on making a PubPub account and commenting. Please feel free to add line-by-line comments anywhere within this text, provide overall feedback by commenting in the box at the bottom of the page, or use the URL for this page in a tweet about this work. Please make all feedback public so other readers can benefit from the discussion.

1 of 3
A Supplement to this Pub 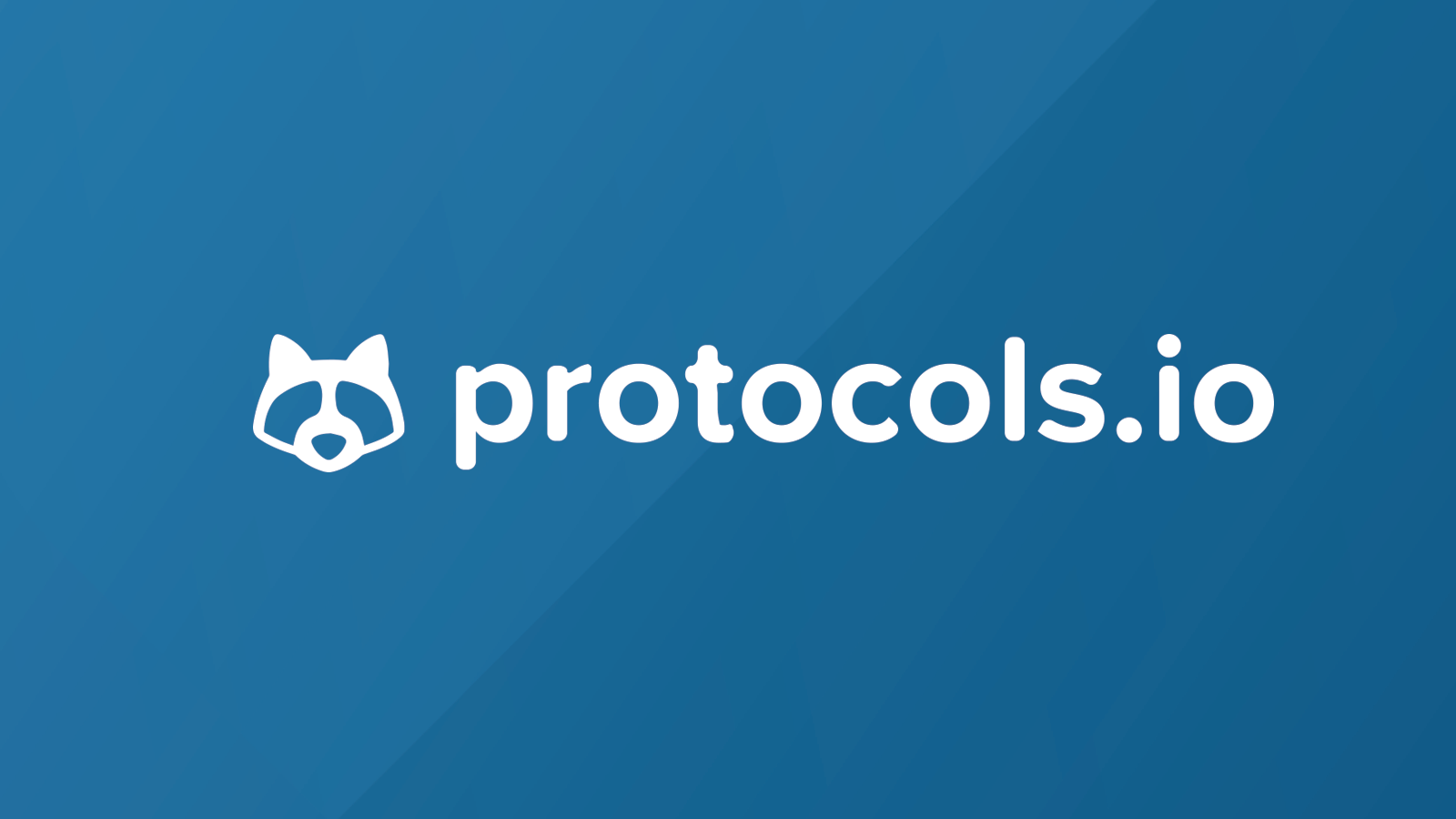 Citation will be updated here to Lee & Weigele, 2021

There is some literature that points to the T4 phage actually also having its own Dam methylase! See here: Phage T4 DNA [N6-adenine]methyltransferase. Overexpression, purification, and characterization - PubMed (nih.gov) and Structure of the bacteriophage T4 DNA adenine methyltransferase - PMC (nih.gov) so it’s neat you were able to detect the methylation!

Oh that’s really neat, thanks for pointing it out! I had defaulted to assuming it was from the host. The paper you sent is really interesting - Specifically I was interested in the finding purified T4 Dam methylase binds in a surprisingly non-specific mode to the DNA substrate they provide. It appears that they use “conventional” DNA for their DNA binding assays with unmodified cytosines. I wonder if the T4 Dam methylase is specific for DNA with modified cytosines?